Read an excerpt of American Governor

Journalist Matt Katz discusses Christie's rise to power in New Jersey, the "Bridgegate" scandal and his performance in the '16 Republican presidential primary. Katz is the author of American Governor.

Welcome to Fresh Air, I’m Terry Gross. Today we’ll be talking with Jamey Ducat, best known as half of the musical duo Whiskey Tango, about his newest photography book, VISIONS. Though Jamey has been playing in various musical outfits since his early twenties, he’s less well known for his photography work, which has been going on for nearly as long. He’s been featured in magazines like Vogue, V, and Interview, and has shot ad campaigns for Marc Jacobs, Vivienne Westwood, and Moschino, among others. This will be his seventh photography book. Jamey, it’s a pleasure to have you on the show.

JAMEY DUCAT: It’s a pleasure to be here.

TN: I want to dive right into the content of this newest collection, there is so much material here based around your life playing in Whiskey Tango and many of the pictures feature your bandmate, Sadie Kingsley. Did you ever consider making this a Whiskey Tango collection rather than an all-purpose photography book?

JD: You’re right in that it’s a bit more personally focused than some of my previous work, but it’s not all of Sadie and life on the road. Much of it is only because that’s what I’d been doing with my life for the nine or so months leading up to compiling this bit.

TN: Would you ever consider releasing a strictly Whiskey Tango based collection?

JD: I dunno. I feel it’d be a bit cheap, me producing something on my own that I technically couldn’t do without Sadie’s input, or at least her presence.

TN: I found a lot of the shots included to be quite intimate, your style is recognizable by its starkness, there’s a kind of bleak, desaturated quality about the shots you produce, a style that many brands have found quite appealing.

JD: Yeah there’s not a lot of the lush or the polished about my work.

TN: Unpolished is a great way of putting it. It’s quite a contrast to the production levels of a lot of other working editorial photographers right now.

JD: Yeah I don’t like to mess with filters or corrections or airbrushing post-production or none of that nonsense, I think it goes against what you’re doing as a photographer, taking stock of what’s in front of you. A lot of what’s published now, certainly when it comes to ads, is a kind of created fantasy world that wasn’t actually there in the studio when the shots were taken. I find that disingenuousness unappealing when it comes to my photography. I’d rather the girls have their bruises visible, not edited out, I’d rather their leg hair stay in the shot, you know, the kind of human lopsidedness that we all have, I think what is regarded as imperfect is a lot of what I find beautiful.

TN: Is that difficult for your subjects to accept?

JD: What would be difficult?

TN: The fact that their so called flaws won’t be edited out, that you’re not necessarily shooting for glamour.

JD: Well that depends on how they feel about their flaws, innit? I think depending on how you felt about it, my work very well could be glamour.

TN: How does Sadie Kingsley, your bandmate and frequent subject in this newest book, feel about it?

JD: Sadie gets enough airbrushing from other people, what I do is a nice call back down to reality for her.

TN: You’re talking about her various other modeling positions.

JD: Yeah, she’s the face of the moment for a few brands, she gets to be on the cover of magazines without wrinkles and symmetrical hair, I think my stuff is a welcome departure from the artificiality she’s used to.

TN: Do you think your music also reflects that attitude?

JD: To a certain extent. We are a small outfit, it’s just the two of us and a drum machine, we don’t have any big name producers mixing our stuff after we lay down the raw track. We can absolutely replicate the album sound on a live stage.

TN: Ms. Kingsley, Sadie, had no previous industry experience before your first record, is that right?

JD: Yeah, she was a student when she met me. She was part of an exchange program in London and she dropped out when we decided to work together.

JD: It’s not like I discovered this hidden talent and she shot to stardom because of meeting me. She’s not even an exceptional musician, she just works for what I and some others needed at the moment.

TN: I don’t know how pleased she would be to hear that…

TN: How does that work for you, when she goes back to the US to write and record and tour with her other band? We should note here, it’s the Alphabet Ponies, with the frontman of what used to be Candy Cane Children.

JD: It’s a transition. She’s the closest thing I got to a best friend, so when she skips back home I have to fend for myself, in a sense. And she expects me to put whatever artistic endeavors I got on hold while she’s gone. And that’s always tough, operating on someone else’s schedule. But it’s the price of having a partner.

TN: Is that when you turn to photography?

JD: Oh, no. I been takings snaps since I was quite wee, my dad was a journalist and he got me a camera when I was a kid, I used to think I’d go into the news business but I decided against going to school for it. I joined a band instead, the camera came with me.

TN: We’re out of time now, Jamey, but I really appreciate you coming in to talk with us today.

JD: It’s been a pleasure.

Copyright © 2016 NPR. All rights reserved. Visit our website terms of use and permissions pages at www.npr.org for further information.

NPR transcripts are created on a rush deadline by Verb8tm, Inc., an NPR contractor, and produced using a proprietary transcription process developed with NPR. This text may not be in its final form and may be updated or revised in the future. Accuracy and availability may vary. The authoritative record of NPR’s programming is the audio record. 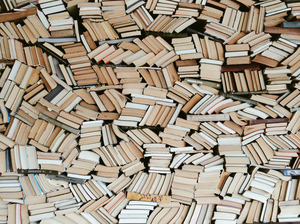 These Are The 2016 National Book Award Finalists 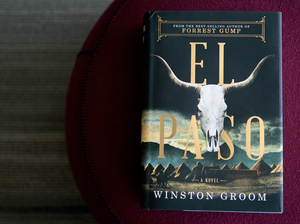 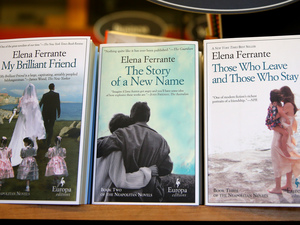 For Literary World, Unmasking Elena Ferrante Is Not A Scoop. It's A Disgrace 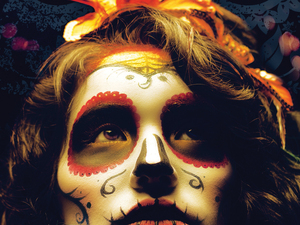 Magic In The Air: 3 Young Adult Fantasy Reads For Fall

NPR thanks our sponsors